Thorsten Flinck disqualified from the Melodifestivalen 2020 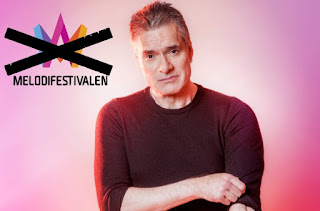 This Saturday, Swedish broadcaster will held a new heat in the national selection Melodifestivalen with seven participants from Scandinavium (Göteborg) .

But SVT has learned that Thorsten Flinck, participant in the show, is currently charged criminally with unlawful threat and vandalism. Because of this, the broadcaster  has taken the decision that Flinck can not take part in the contest.

“We deeply regret this. We really wanted to see Thorsten Flinck on the stage of the Melodifestival on Saturday. But because he is in the middle of an ongoing legal process, we cannot allow Thorsten Flinck to participate as a competitor” , says Anette Helenius, project manager for Melodifestivalen.

Its song ”Miraklernas tid”, written by Thomas G: son, will compete with another artist on Saturday. The process of finding a new artist has begun and as soon as a decision has been made SVT will announce who will replace Thorsten Flinck.