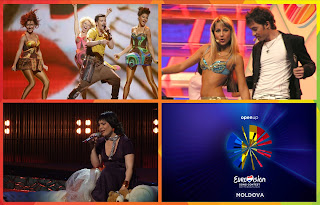 Some weeks ago, twenty finalists were chosen in the live auditions to compete, on February 29th, in the national selection O Melodi Pentru Europa 2020.

TRM, Moldavian broadcaster, has announced the running order:
The Moldavian representative will be chosen by televoting and a jury.

On the list, we can see Pasha Parfeny, (Moldavian representative in 2012 and again in 2013, but as the composer of the song), Geta Burlacu (Moldova 2008) and Natalia Gordienko (Moldova 2006). Natalia will compete with a song composed by the "Dream team" of Dimitri Kontopoulos and Philip Kirkorov.