NRK announces the running order of the MGP 2020 final 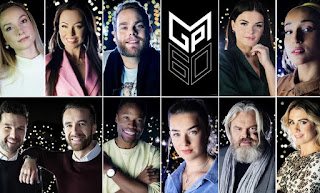 From Spektrum Arena (Trondheim), the 60th Anniversary of MGP will choose this Saturday the Norwegian representative in the Eurovision Song Contest 2020. The final will be the first time since 1989 takes part outside of Oslo, being the third time that this city holds the show, hosted by Ingrid Gjessing Linhave, Kåre Magnus Bergh y Ronny Brede Aase

“The order has been worked out with a goal of spreading the songs so that each artist and song stand out in the best possible way in the big whole. And in line with those choices, we also ensure a varied and good TV broadcast.”. has explained Stig Karlsen, Melodi Grand Prix General Manager.

One of the most important changes in this edition of the contest is that the international jury in the final disappears and the next Norwegian representative in Eurovision will be chosen only by the public. Voting in the final will have three rounds. In the first round, six participants will be eliminated. The four remaining participants will compete in the second round in duels. The winner each duel will compete again to become the winner and Norwegian representative in Rotterdam, chosen by the televoting.