Melodifestivalen 2020: Watch the snippets of the third semi-final rehearsals 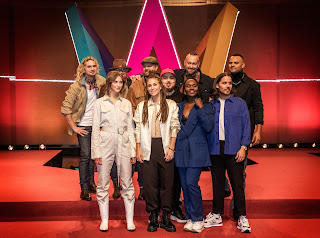 A new semi-final of the Swedish national selection, Melodifestivalen 2020, will be held this Saturday, hosted by Linnea Henriksson, Lina Hedlund, and David Sundin.. Swedish broadcaster, SVT, has released, today, the snippets of the rehearsals.

Tercera semifinal - Luleå (Coop Norrbotten Arena):
Mariette returns to the contest after her participation in 2015,2017,2018, like Mohombi, who debuted last year and reached the final. Amanda Aasa, after to be chosen in the new talents contest P4 Nästa, will too compete in this semifinal.
Coop Norrbotten Arena from the coastal place of  Luleå will hold the semi-final, being the third time that the city organizes a show of the Melodifestivalen. Televoting will have two rounds. In the first round, two participants will be eliminated. The rest of the participants will be evaluated again by the public, choosing two for the final and two to the Andra Chasen (Second Chance show).