Melodifestivalen 2020: Watch the snippets of the second semi-final rehearsals 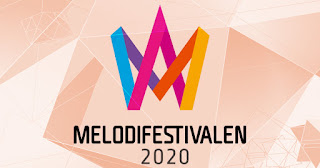 A new semi-final of the Swedish national selection, Melodifestivalen 2020, will be held this Saturday from the Scandinavium of Göteborg. Swedish broadcaster, SVT, has released, today, the snippets of the rehearsals.
Second semi-final - Göteborg (Scandinavium):
The show will be hosted by Linnea Henriksson, Lina Hedlund, and David Sundin.

Two Eurovision participants will be in the show: Anna Bergendahl (Sweden 2010) and Jan Johansen (1995) that replaces Thorsten Flinck in this semi-final. Other well-known artists from the Swedish contest are Linda Bengtzing, seventh times in the Melodifestivalen; Dotter, composer in 2017 and 2019, competed as soloist in 2018 finishing in the sixth place; Méndez, was second in 2002, his first participation, returning in 2003 and 2018; Alvaro Estrella competed in 2014, reaching sixth place.

Paul Rey, a famous international hip-hop debuts in the contest, as Klara Hammarström. This sport rider, bronze medal in European Championships 2015, participated with her family in a TV series in 2018. Last summer she got fame releasing two singles.