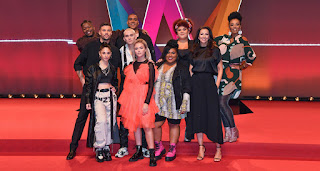 Saturday, February 1st: tonight starts a new edition of the well-known national final from Sweden, Melodifestivalen 2020 with the first semi-final.

This first semi-final will be aired live from Saab Arena in Linköpking:
The show has well-know artists: The Mamas were backing vocals of  John Lundvik in Tel Aviv, while Robin Bengtsson competed by  Sweden in Kiev 2017. Participants in past editions of the Swedish contest are Sonja Aldén (2006, 2007 y 2012), Felix Sandman (2018) or Malou Prytz, that returns to Melodifestivalen after her debut last year.

Seven artists will compete to get one of two places for the final or another two for the second Chance show (Andra Chasen).


Hosted by Linnea Henriksson, Lina Hedlund, and David Sundin, the show will start at 20:00 CET. Live broadcast on this link.