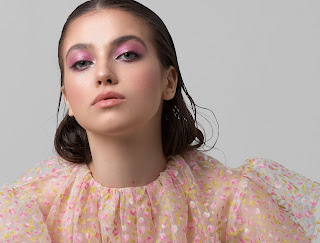 Some days ago, the Romanian broadcaster, TVR, confirmed Roxen as its candidate to participate in Eurovision Song Contest 2020.

TVR has collaborated with Global records in a composer camp, where five songs have been selected to compete in the national final,Selectia Nationala 2020, performed by Roxen. The five songs have been chosen by a musical expert jury (composers, writers, TV and radio producers, etc). The jury will evaluate aspects like the sound, originality, style diversity and message each song.

This morning TVR advanced a snippet and now all the songs are available:
In the final Televoting and a jury will choose the song that will perform Roxen in Rotterdam.

20 years old, she began to sing at 7, winning several musical contests throughout the years.Roxen is the 3rd most-played artist on Romanian radio and has 2 songs in the radio charts. The first is “You Don’t Love Me”, released last summer in collaboration with Sickotoy and with 8 million views on youtube.
The second is “Ce-ti Canta Dragostea” with 9 million views on Youtube and is the most-shazamed Romanian song. Roxen has been compared to Billie Eilish or Dua Lipa.
Source: TVR