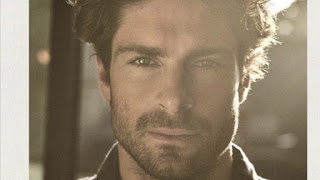 French song, "The best in me" was released the Sunday from 20:50 CET in a special edition of the TV program Le Dimanche, being performed by Tom Leeb from the Eiffel Tower. A song with the chorus in English and the rest in French.

The Monday the singer was a guest in the "Morning Show" of RTL France channel, À la Bonne heure. The singer performed by the first time, and in acoustic, the song that will represent France in Eurovision Song Contest 2020:

After to use in 2018 and 2019 the national final Destination Eurovision, last year French broadcaster, France 2, announced an internal election to select its representative in Rotterdam, concentring all its efforts on finding the right song for the Grand Final in Rotterdam on May 16th. As Alexandra Redde-Amiel, head of the French delegation explained and thinks, France 2 has done the right choice with "The best in me", that fits with Tom's style and voice.

Chosen internally by France 2, Leeb is the son of the French actor Michel Leeb and the journalist Béatrice Mallicet. Last year released his debut album Recollection.  The audio clip of the first single "Are We Too Late" reached an impressive 25 million views on youtube. Tom has appeared as a support act for international stars a Sting and Tom Jones. His musical inspirations are male singer-songwriters like Ben Howard, Matt Corby, Bon Iver y John Mayer.

He spent 5 years in New York, studying theatre, cinema, and singing. He previously performed in a theatrical adaption of Mrs. Doubtfire, acted in various French TV shows and movies alongside established stars such as Jean Reno. With his fellow and comedian-actor, Kevin Levy forms the duo Kevin & Tom, having a popular YouTube channel, where they upload skits and songs. He is part of a comedy duo with fellow comedian Kevin Levy. As the illustrious Kevin & Tom, the pair have a popular YouTube channel,
Fuente: France 2