Jan Johansen will replace Thorsten Flinck in the Melodifestivalen 2020 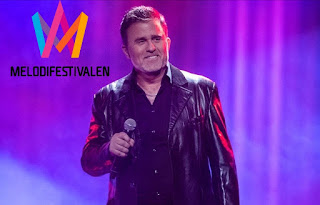 As the Melodifestivalen organizers have revealed the veteran Jan Johansen, 54 years old, will replace Thorsten Flinck as performer of his song in the semifinal next Saturday. Thorsten was disqualified on Sunday after learn that he was formally accused of unlawful threat and vandalism, a fact that occurred before the Christmas holidays.
Negotiations with Jan began this weekend after perform of the song “Se på mig", in the first show, with the host Linnea Henriksson. A hard negotiation that ended on Monday with the signing of the participation contract, having heard Thorsten's entry and talking with its composer, Thomas G :son during the weekend.
“Not everyone can imagine on the Melodifestivalen stage in front of three million spectators in these circumstances, ” says Karin Gunnarsson, producer of the competition for Melodifestivalen 2020.
“With an experienced artist like Jan, the competition is assured on Saturday and I am convinced that he will make a good version of the“ Miraklernas tid””, adds Gunnarsson
Now this edition of the Swedish selection will feature four winners: Nanne Grönvall (One more time, 1996), Anna Bergendahl (2010) and Robin Bengtsson (2017).
Jan Johansen has competed four times in the Melodifestivalen before. His debut came in 1995 with "Se på mig", with which he won the contest, third place in Eurovision, and a nomination for the Grammy Awards, in addition to becoming an international success.

Again, he participated in 2001 with "Ingenmansland" (fourth place), in 2002 with "Last Breath" (seventh place) and in 2003 with "Let your spirit fly" duet with Pernilla Wahlgren (second place).
In 2001 he composed one of the songs in the Norwegian selection, "Looking For Love" that was performed by the Norwegian artist Rasmus Högset.
His first album, "Johansen", released in 1995 reached 160,000 units sold.
In 1999, for six months he worked on the musical "Candle in the wind", in Oslo, and the following year on the television programs "Diggiloo", with Kim Kärnfalk, and on "Fångarna på fortet". He was also one of the participants of the television show "ABBA Tribute" held at the Globen in Stockholm.
Source: Aftonbladet