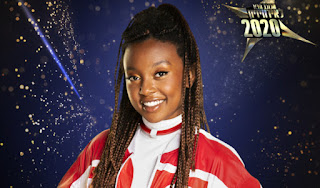 Tonight Israeli have chosen Eden Alene as its representative in the Eurovision Song Contest 2020 in Hakokhva Haba L’Eurovizion 2020 contest, competing against three finalists.

The four finalists have competed in the first round in two duels:

After the first voting round, Eden Alene, Ella Lee Lahav y Orr Amrami-Brockman advanced to the second round with  Eden qualifying with the public voting. In the second round, the public and jury choose Eden Alene as the winner and Israeli representative in Rotterdam, followed by Ella Lee Lahav and Orr Amrami-Brockman.
Ethiopian origin, Eden Alene, 19 years old, is the youngest representative of Israel in Eurovision after the participation of  Nadav Guedj (Israel 2015).
Now, the Israeli song will be chosen on March 3th in the show HaShir HaBa L’Eurovizion . The first time that KAN selects the song because last year was the broadcaster Keshet, producer of Hakokhav Haba, who did it.