"Australia has decided!":Montaigne will represent Australia in Eurovision Song Contest 2020 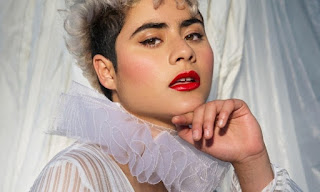 "Australia has decided!". From this morning this country has its representative, Montaigne, that will compete in Eurovision Song Contest 2020, chosen in national final Australia, you decide! by jury and televoting. The jury gave to the artist their highest score on the voting and televoting the second-best score.