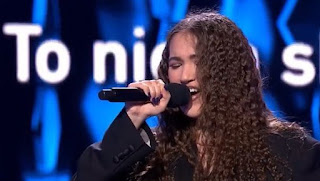 The singer got the victory with the performance of "To Nie Ja", the first entry of Poland in Eurovision Song Contest, that, performed by Edyta Gorniak, reached the best position of the Polish history in the contest.
Alicja,17 years old, is well-known in her country after the victory in the last edition of the talent show The Voice of Poland, allowing her to sign a record deal with Universal Music.

The participants of the show, aired this afternoon after to be recorded some days ago, have performed "covers" of Eurovision Song Contest songs, being evaluated by the jury, composed by Cleo (Poland 2014), Michal Szpak (Poland 2016) y Gromee (Poland 2018):
Fuente: TVP