YLE unveils the participants in the Finnish final UMK 2020 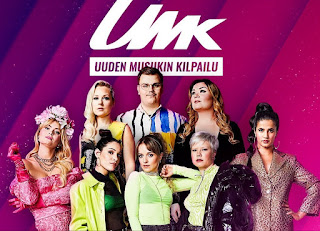 YLE, Finnish broadcaster, has announced this morning the participants and song titles in the national final UMK 2020.

Announcement was done in a press conference  conducted by Mikko Silvennoinen and Krista Siegfrids, hosts in the Finnish show, with the radio presenters Ville “Viki” Eerikkilä and  Juuso “Köpi” Kallio from Green Room.

First song will be released on Friday February 24th. Remaining songs from Monday January 27th, a song by day till January 31th. Each song will be available from this link.

Among the candidates some has been participants in Finnish version of well-know talent shows. Catharina Zühlke, runner-up in UMK 2017, returns to the contest

The final of UMK 2020 will be held on March 7th in Tampere, without tickets on sale. The public and a jury will choose, between the six finalists the Finnish representative in Róterdam.