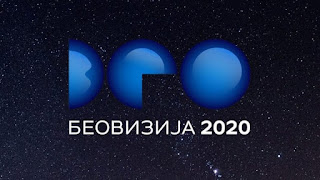 Twelve participants will be evaluated by the public and a jury, choosing six finalists.

Twelve finalists will compete on March 1th for the ticket to Rotterdam, again by the public and a jury.

The shows, that will start from 21:00 CET, will be broadcast from RTS online and RTS Planet app.

Sanja Vučić, the Serbian representative in Eurovision Song Contest 2016, returns to the competition as a member of the group Hurricane. Another artist is Neda Ukraden. This singer, from Croatia but with Serbian residence, is well-known in the Balkan countries with a successful musical career that started in the seventies. The song of Neda Ukraden is the only available because was released in December.


The songs will be unveiled on the RTS Youtube channel on February 6th. The same day from 14:00 CET the running order will be announced, while from February 10th in the RTS morning show, "Sarenica" these songs will be officially presented.