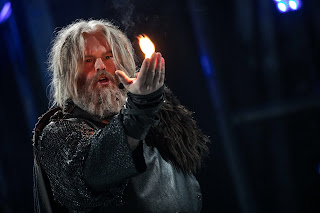 Rein Alexander becomes in the second finalist qualified for the final of Melodi Grand Prix 2020 after winning the second semi-final with participants from the East region of the country, a show aired from H3 Fornebu Arena (Oslo). The second place has been to JÆGER.


The semifinalists have competed in duels in two rounds:

Duel 1:
Duel 2:
Second round:
Didrik & Emil Solli-Tangen,  that were selected directly by NRK to compete in the final, have performed in the show their song  "Out of air".