"Open Up!": results of the Semi-final Allocation Draw 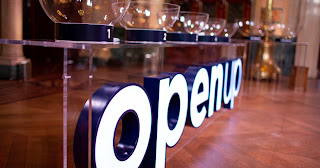 After the Semi-final Allocation Draw, 35 semi-finalists countries of Rotterdam know when they will compete in the next edition of Eurovision Song Contest: 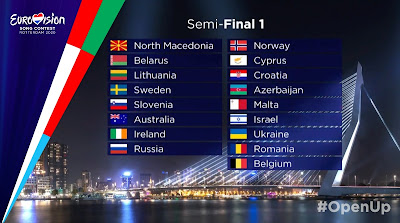 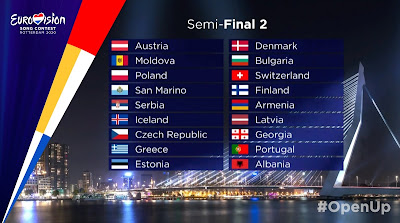 Only a Balkan country will compete in the Second Semi-final, Serbia. The rest of the neighbor countries will be in the First Semi-final.

The draw was held in Rotterdam City Hall (Stadhuis) from 16:00 CET, presented by Jan Smit, Edsilia Rombley and Chantal Janzen, hosts in the European musical contest.

Before the draw, another was realized to decide the semi-final, to vote and broadcast, for the members of Big Five (Germany, Spain, Italy, United Kingdom, and France) and the host country, The Netherlands: 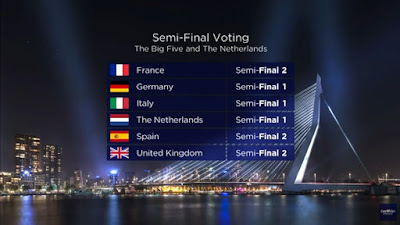 The Ceremony has started with the Host Insignia Hang Out, between the Deputy Major of the Municipality of Tel Aviv and the Mayor of Rotterdam. Before the draws, a video was shown with previous winners of Eurovision as Niam Kavanagh (1993), Nicole (1982), Yizhar Cohen (1978) or Lenny Kuhr (1969) speaking about their victory in the European musical contest.