MGP 2020: Listen the songs of the fourth semi-final 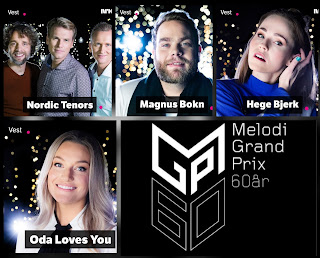 Norwegian broadcaster, NRK has announced the participants that will compete in the fourth semi-final of its well-known national final Melodi Grand Prix.

Together with the names of the four semifinalists, from Western region of Norway, their songs  have been unveiled.

Alexander Rybak, winner of Eurovision Song Contest 2009 and Norwegian representative in 2018 is the composer of the song “Over The Sea”.

The finalist, Ulrikke Brandstorp, will perform, as guest, her song “Attention”.

This semifinal will be held at the H3 Arena in Fornebu (Oslo), at 19:50 CET. The four participants who will face each other in successive duels mode until left a single winner. This winner will get the pass to the final where he will join the five selected internally by NRK, and as happened with Raylee and Rein Alexander, chosen on the first and second semi-finals.