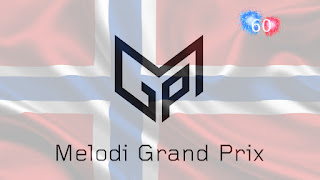 This morning from 12: 15h CET and in a press conference, Norwegian broadcaster, NRK has announced the first names that will compete in its well-known national final Melodi Grand Prix.

In total there have been nine candidates presented: the five from the internal election of NRK, who directly access the final, and the four corresponding to the southern region (Sør-Norge), participants in the first semi-final on Saturday, January 11.

Together with the names, the songs of the four semifinalists have been known.

The songs participants in the first semifinal you can listen here.

Geirmund Hansen, 31 years old, debuted on television at the opening of Kilden Konserthus in Kristiansand, performing his own song Theater with the Symphony Orchestra. His great opportunity came in 2012 with his participation in the Norwegian edition of The Voice, reaching live battles. He has worked in recent years as a vocalist in the band Rendezvous Point and also as a soloist.

Kim Rysstad, 38 years old, achieved fame in 2007 when his first album was named Album of the Year, and in 2011 he was nominated for Spellemannprisen for his second album, The Road. He has experience in the Norwegian gala having participated in 2012 with the song "So Wonderful". At the end of last year, he participated in the Stjernekamp, TV musical contest, reaching the final.

Lisa Børud, 23, has experience in Eurovision having been one of Alexander Rybak's backing vocals at the 2018 Eurovision Festival, held in Lisbon. He recorded his first album with only five years, becoming a whole child star with more than 120,000 albums sold. In the course of 12 years, he released eight albums, two DVDs and two compilation albums.

As in the case of Lisa, Raylee, 22, is a child star in the Nordic country, publishing her first album with 11 years. His song "Who Owns" has been viewed more than 1.2 million times on YouTube. She is also a musical actress having been the protagonist, in 2008, of the well-known musical "Annie". As in the case of Kim, he has been a participant of the MGP, in this case in 2015 with the song "Louder". In 2016, he took part in the Skal vi danse TV dance contest, where he was third.

Beatrice Akuvi Hosen Kumordzie, 25 years old, is an artist and composer of Ghanaian origin, known for being the sister of the MGP 2019 finalist Anna-lisa with whom she has collaborated in different concerts with her father. Her personal experiences, together with a four-year trip in South Africa, have allowed her to create a new style artist, where she combines South African gospel, Afropop, hip-hop and R&B, or, as she calls it "infused neo-soul of reggae". His song will be known on January 24 and will act as a guest in the semifinal of January 25 (West).

Didrik Solli-Tangende, 32 years old, is known for his participation as a representative of the host country in the ESC 2010 with the theme "My heart is yours". After passing through the contest he began touring his country and abroad, where he came to perform with important artists such as José Carreras. He was host in the TV dance contest, Skal vi danse.

On this occasion, he will compete alongside his 28-year-old brother Emil. Admitted at the age of 19 at the Barratt-Due Conservatory of Music and at the State Opera Academy, both in Oslo, in 2013 he was part of the Heavy-metal band Growth. Since then he combines his concerts with his participation in operas throughout the country. The song of both will be unveiled on Friday, January 17 and will perform in the semifinal of January 18 (East).

Sondrey, 25 years old and R&B and soul artist,  his participation in The Stream music contest of TV 2  allowed him to sign a record deal. In 2019, he finishes third in another musical contest, Stjernekamp, ​​releases the song "A Darker Life" and sign a contract with the producer Stargate with which he has published an album of 16 songs. With a style inspired by Japanese culture and anime, MJ, Daft Punk and urban music from Canada, his musical curriculum includes his participation in the SAFEHOUSE collective related to the world of K-Pop. His other hobby is sports, and he has participated as a sprinter of 100 and 200 meters in national tests. He will be the first finalist to perform in a semifinal (South), this Saturday, January 11, and his song will be known this Friday.

Tone Damli, 31, was discovered for the Norwegian music after participating with 16 years in the Idol 2005 talent show, releasing his first album "Bliss", which was certified Gold. He has been a jury of Idol twice as well as Skal vi danse participant reaching the final. In 2009 with "Butterflies" he achieved the second position of the MGP, contest won for Alexander Rybak. Although he didn´t win the contest, the song was certified Platinum and was on the charts for 17 weeks. In 2013 he participated in the Swedish final Melodifestivalen in a duo with Erik Segerstedt and the song "Hello Goodbye". He has released five albums, some of them certified as Platinum. His song will be presented on February 7, performing as a guest in the semifinal of February 8 (North).

For Ulrikke Brandstorp, 24 his second place in Stjernekamp 2018 made it very popular, appearing later in Adresse: Tel Aviv, Håp i ei gryte and Idrettsgallaen, where he did an emotional tribute to Marit Bjørgen and Ole Einar Bjørndalen. In the summer of 2019, she was one of the participants of the Allsang på Grensen summer festival, singing with Ben Adam the well-known "Shallow" of the film "A star is born", a performance was seen by more than 2 million people. She is a musical actress having participated as one of the protagonists of the musical Sound of the music. The song of Ulrike in the MGP will be unveiled on Friday, January 31, performing as a guest in the semifinal of February 1 (Center).

Due of the 60 anniversary of the contest, NRK decided that this would be a special edition, so in tribute to Norway and in addition to the traditional final, five semifinals corresponding to as many regions of the country would be held: North, South, East, West, and Central.

Each of these semifinals will be held at the H3 Arena in Fornebu (Oslo), with four participants who will face each other in successive duels mode until left a single winner. This winner will get the pass to the final where he will join the five selected internally by NRK.

The participants of the remaining semifinals will meet on Monday of the week in which their semifinal takes place. In this way, the next ones, corresponding to the second gala, will be known on Monday, January 13.