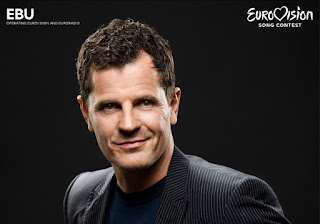 Martin Österdahl, a senior TV executive with 2 decades of experience, has been appointed Executive Supervisor for the Eurovision Song Contest and Junior Eurovision Song Contest. Martin was Executive Producer for the Eurovision Song Contest in 2013 and 2016 when the event was hosted by Swedish EBU Member SVT in Malmö and Stockholm and was a member of the Reference Group between 2012 and 2018.
The decision was made by the EBU Director of Media Jean Philip De Tender together with the Chair of the ESC Reference Group, the Contest’s governing board, ZDF’s Dr Frank Dieter Freiling.
“Martin is the perfect candidate to continue and build on the exceptional work done by Jon Ola Sand over the past decade,” said De Tender.
“The Eurovision Song Contest has been transformed under Jon Ola’s guidance, setting new standards in world-class television production. Martin is a great creative talent and has invaluable experience from his work as Executive Producer of two exceptional Contests and numerous other successful entertainment shows. He is an excellent leader and storyteller, which is core for us to work closely with EBU Members to develop and grow the world’s largest live music event in the next decade and beyond.”, continues to say the EBU directive.
Martin Österdahl will take over from Jon Ola Sand, who is stepping down after 10 years in the role, following the 65th Eurovision Song Contest in Rotterdam. Martin will begin working on the Eurovision Song Contest at the end of April 2020 and take over the Executive Supervisor role immediately after this year’s Grand Final on 16 May. He will also oversee the Junior Eurovision Song Contest, now in its 18th year, which is expected to take place in November.
After the election, Martin has said that ”The Eurovision Song Contest is the world’s largest live music event and the longest-running show on television. Its ability to entertain and unite people across Europe and beyond is unique and something that should never be taken for granted. I feel greatly honored to be given the opportunity to strive for its continued evolvement and popularity into the future."
“I’m looking forward to joining the team in Geneva in May and can’t wait to get started.", he added.
Martin was previously Programme Director and Commissioner of Entertainment & Sport at SVT where he was responsible for many of their highest rating primetime shows as well as supervising live productions such as The Nobel Prize Ceremony and 2010 Royal Wedding.
Jon Ola Sand has said this about his substitute:

"I've been working alongside Martin Österdahl for many years. First at the Eurovision Song Contest in 2013 and then again in 2016 but also in the ESC Reference Group where Martin was a valued member for 7 years. I'm confident that the future of the Eurovision Song Contest is in very capable hands and that Martin is the right person to take this incredible show to the next level.”
Jon Ola will return to his native Norway to begin a new role at the head office of Norwegian public broadcaster NRK.
The Executive Supervisor of the Eurovision Song Contest oversees the preparation and organization of the event on behalf of the EBU. Together with their team, they provide the main point of contact for over 40 participating EBU Members and are in charge of the operation on their behalf, ensuring the Song Contest is delivered annually by the Host Broadcaster in accordance with the ESC rules.
Source: eurovision.tv