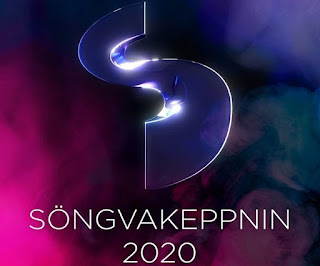 RÚV, the Icelandic broadcaster, will unveil tonight at 20:45 CET, the 10 entries that will participate in its national preselection for Eurovision, Söngvakeppnin 2020, that this year has a new corporative brand.

However, and through the Spotify digital platform, which has already released them, we already know which are the songs and artists that will compete for the ticket to Rotterdam. Six songs have an English and Icelandic version and the other four only in Icelandic.

Some Icelandic media claim that the Netflix streaming platform could sponsor the Icelandic team with 72,000 euros. Something that could be related to the "Eurovision" movie, produced, written and performed by Will Ferrel with Rachel McAdams, Pierce Brosnan, Demi Lobato or Dan Stevens. The film, which will be released this year, talks about two Icelandic singers who want to represent their country in Eurovision and has been filmed at the 2018 and 2019 festivals.