Kristin Husøy, third finalist chosen in the semifinals of MGP 2020 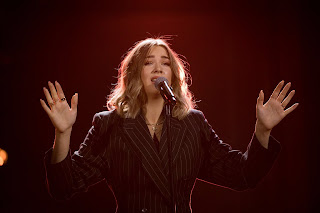 Kristin Husøy becomes in the third finalist qualified for the final of Melodi Grand Prix 2020 after winning the third semi-final with participants from the Middle region of the country, a show aired from H3 Fornebu Arena (Oslo). The second place has been to Sie Gubba.

The semifinalists have competed in duels in two rounds:

Duel 1:
Duel 2:
Second round:
Akuvi, that was selected directly by NRK to compete in the final, has performed in the show their song,  "Som du er".


Thus, and after the election of Kristin Husøy in this semifinal, the list of finalists is as follows:
Fuente: NRK