Israel song for Rotterdam will be chosen on March 3th 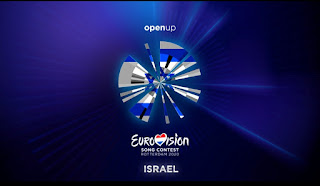 Israeli broadcaster, KAN, has announced the date to select the song that represent the country in Rotterdam.

With the name of The Next Song For the Eurovision Song Contest, the broadcaster will organize a show to do this selection on March 3th.

During this show, Israeli representative, winner of Hakokhav haba L'eurovizion (The Next Star) , will perform four songs. The song for Eurovision 2020 will be chosen by the public (30%), a jury on the show (5%) and a professional comittee (65%).

Lucy Ayoub, host in Eurovision 2019 from the Greem Room, will present the show.

A call for songs to compete in the selection is underway, with ACUM (Society of Authors, Composers and Music Publishers in Israel) registers songwriters able to submit songs until February 11th.

This is first time that KAN select directly the song for Eurovision. In the last years private channel Keshet, producer of national format Hakokhav Haba, chose internally the song.