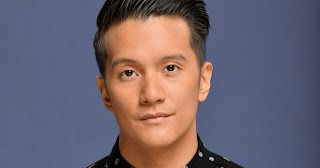 Austria has taken its decision, and finally, Vincent Bueno, elected internally will represent this country in Rotterdam next May. A name that was favorite last weeks and days to get this honor.

Vincent will perform, over the Rotterdam Ahoy stage, "Alive", an up-tempo song that the Austrian broadcaster, ÖRF, will unveil in March.

For the 33-years-old singer, this participation in Eurovision Song Contest will be the second, after to be backing vocal for Nathan Trent, the Austrian representative in Kyiv 2017. Apart from this in 2016 he participated in the National Final with "All we need is love", finishing  6th.

"Wow, even thinking about the fact that I am going to participate in the song contest gives me goosebumps. The Eurovision Song Contest is like the Eurocup for musicians and singers. The huge stage, all those artists doing their absolute best, all the songwriters and producers of Europe gathering in one place to celebrate their work while at the same time stepping into the ring – it is breathtaking and formidable. Let’s go Austria!", said the singer after his announcement.

Born in Wien on 10th December 1985 and with Austrian-Filipino origins, Vincent Mendoza Bueno reached fame in 2008 after win TV musical contest Musical! Die Show, competing against nine participants and performing in the final the songs "Grease Lightning" (Grease) y "The music of the night" (The Phantom of the Opera).  In  2009  take part in the Austrian version of Dancing with the stars, but this time only was 7th.

In 2010 returns to the land of his ancestors, Philipines, performing in the TV channel ASAP XV. However, he returned to Austria on September 14, 2010, to accomplish his pending tasks there and went back to the Philippines, where he had signed a contract with Star Record, beginning a musical career in this country. On October 28, 2011, Vincent held his first-ever mini-concert at Teatrino in Greenhills, San Juan, entitled "Got Fridays with Vincent Bueno" and releases in 2016 the single "Bida Best Sa Tag-Araw", accompanied of Angeline Quinto.

Bueno has two Studio albums: "Step by Step", in German and released in 2008, and "Invincible", in English and released in 2018. Also released some unofficial music videos and audios on his official YouTube and Facebook accounts.

Vincent's vocal range can be classified as tenor. His voice can be described as smooth, mellow, and sometimes mildly abrasive (see vocal belting). He often sings with a vibrato in his voice, and also incorporates beatboxing into many of his songs.