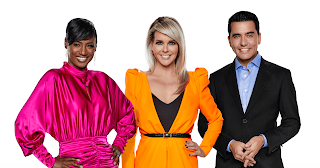 After different rumors, Eurovision Song Contest 2020 already has its presenters, announced this afternoon.
This honor has been to Chantal Janzen, Edsilia Rombley and Jan Smit. Chantal Janzen is a famous actress and presenter, Edsilia Rombley, presenter, singer and twice participant of Eurovision, and Jan Smit is a successful Eurovision singer, presenter, and commentator for the Netherlands.
The presenters will open the 3 live shows, talk to the contestants in the Green Room and guide the vote for an audience of about 180 million viewers from Europe and around the world. “When deciding on hosts, we first and foremost chose 3 people with a great deal of stage experience. They also happen to have started their career as singers,” says Sietse Bakker, Executive Producer Event of the Eurovision Song Contest 2020. 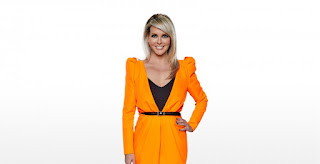 Chantal Janzen was born in 1979 in Tegelen and studied at the Amsterdam University of the Arts. She rose to fame as a musical actress, performing in Tarzan, Petticoat and Hij gelooft in mij. She also acted in several well-known Dutch movies. Chantal started her TV career at public broadcaster AVRO, where she hosted the award show Gouden Televizier-Ring Gala from 2008 to 2010. In 2011, she made the transfer to commercial broadcaster RTL where she hosted shows like Holland’s Got Talent and The Voice of Holland. Chantal Janzen won the Televizier-Ster award for best TV presenter for 5 times.
“Chantal Janzen is simply one of the Netherlands’ most talented presenters in TV entertainment,” Sietse Bakker says. “While the Eurovision Song Contest is a distinctly public broadcaster format, we chose to open up to talent from outside the public broadcaster and focus on showing Europe the best our country has to offer”, explains Rotterdam 2020 Executive Producer. 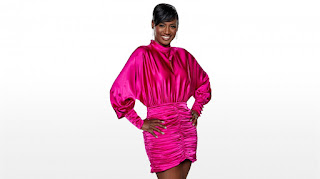 Edsilia Rombley was Born in Amsterdam in 1978, and was introduced to the general public when she won the Dutch talent programme Soundmixshow in 1996. A year later she also won the European Soundmixshow and, in 1998, she represented the Netherlands at the Eurovision Song Contest with "Hemel & Aarde", finishing 4th.
In 2007, she took part for the second time with On Top of the World. Edsilia also presented the Dutch voting and jury results twice. She hosted the first season of the successful AVROTROS programme Beste Zangers. Since 2005 the popular singer completed 7 theatre tours and since 2014 she has been performing as part of the formation Ladies of Soul annually. In 2019 she hosted Eurovision in Concert, which she will also do in 2020.
How explains Sietse it's not necessary to say many things about this singer and her relationship with Eurovision: “She is a two-time Eurovision Song Contest participant, she has presented the points twice, she will be hosting Eurovision in Concert for the second time… Edsilia is one of the most authentic presenters we have. And the Eurovision fan community has embraced her. All together, her hosting the Eurovision Song Contest 2020 needs no further explanation”

Jan Smit  was born in 1985 and grew up in Volendam and scored his first hit at the age of 10. In 2005, his reality show Gewoon Jan Smit won the Televizier-Ring award. Jan is also a member of De Toppers and the German formation KLUBBB3. Since 2012, he has been hosting the AVROTROS show Beste Zangers, which got nominated for a Televizier-Ring in 2017 and 2019. As a singer, Jan is not only well known in the Netherlands but also in Belgium, Germany, Austria, and Switzerland. He is the most successful Dutch artist in Germany, reaching up to 12 million viewers with Schlagerchampions, Die Hüttenparty, and Schlagerboom.
Sietse Bakker said about this singer and presenter: “With Jan Smit, we choose an internationally experienced artist and presenter who has shown to be a great ambassador for the Eurovision Song Contest over the past 9 years, commenting the shows next to Cornald Maas. Jan has also been a solid member of the selection committee, which is responsible for picking the Dutch entry. Jan is a great guy, authentic and keeps his head cool during live shows — exactly the qualities we need to achieve a personal interaction with the artists at the upcoming Eurovision Song Contest.”
Source: eurovision.tv