KAN will create, from 2021, a new Israeli format for Eurovision 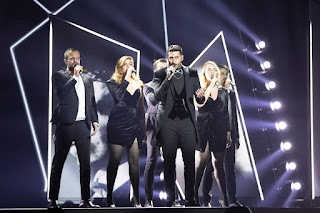 Hakokhav Haba L’Eurovizion, the Israeli talent show, won't be national final from 2021.
KAN, the public broadcaster, have plans to use a format by own, discarting the contest, created by the private channel Keshet, not member of EBU
The public broadcaster has launched a call to  production companies to offer formats for the new national final. Between diferents option could come back  Kdam, the contest used from 1981 until. 2013.
Althought the exact details hasn't been unveiled, the national final will be broadcast in KAN 11, the main channel of KAN.Lucy Ayoub, Eurovision 2019 host, will present the contest.
As Israeli National Final from 2015, Hakokhav Haba L’Eurovizion, has been a sucessfull for this country in Eurovision Song Contest, achieving the final from then, and a victory in 2018 with Netta Barzilai and the song "Toy".
When this edition of talent show ends and  select the Israeli representative in Rotterdam, a contest aired in KAN, will select the song, chosen by the public. Last years, after to select the artist, Keshet chose internally the song.
A change due the complaints of the public, after select internally "Home" for Kobi Marimi, that finished 23th in Tel Aviv Final. Will be the first time, from 2016, that the public broadcaster participates in the election of the entry for Eurovision.
Source: Ynet, KAN