France 2: Nothing decided on its format for Eurovision 2020 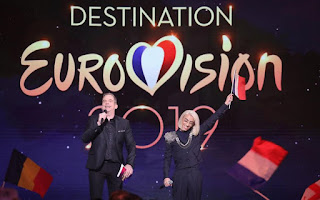 A few days ago the Entertainment Director of  France 2 told Le Parisien that the choice of this country for Rotterdam 2020 would not be made through Destination Eurovision, opting for an internal selection, with several options on the table.

However, and as the broadcaster has argued in 20minutes.fr, his words have been interpreted incorrectly, since this "internal selection" format may not be used strictly. In fact one of the options could be a show, aired at the same time as Destination Eurovision, with several artists and songs chosen internally and with the the public choosing who should be in Rotterdam. On the other hand the classic internal selection is also among these options, as long as "the candidate and ideal theme is found".

The interview with this media has also served to deny that the causes of the cancellation of Destination Eurovision were for economic reasons, being rather a desire of the broadcaster to have full control in the format.

What remains is the invitation to artists, composers and lyricists of all kinds, in which, for the first time in its history in the contest, it is open to foreign authors without French nationality.