Festivali i Këngës 58: These are the finalists 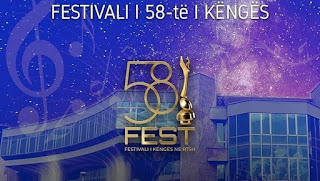 From the Pallati I Kongreseve in Tirana, hosted by Alketa Vejsiu, Albanian broadcaster, RTSH, has aired the Second Semifinal of the  Festivali i Këngës 58, the contest that will choose its representative in Eurovision Song Contest 2020.

Now we know the finalists that will participate in the final of this Sunday, with five that were selected in the First Semifinal of this Thursday.

Finalist of Festivali i Këngës 58:
The favorites Elvana Gjata and Arilena Ara are on this list and confirm their options to get the victory and represent her country in Rotterdam. Albanian representatives Olta Boka (Albania 2008) y Eugent Bushpepa (Albania 2018), this as composer of "Kutia e Pandores", will also be in the final of the Sunday.

The decision was taken by a jury composed of five-member. The Eurovision well-know composer, Dimitri Kontopoulos Christer Björgman, Melodifestivalen Executive Producer, Felix Bergsson, Icelandic Head of Delegation in Eurovision, are three of these members.

Giusy Ferreri, ex participant of San Remo, has been the special guest of this night.
Source: RTSH