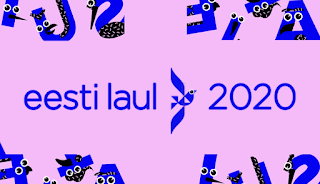 After the announcement, a few days ago, of the distribution in the semifinals of the participants of the Estonian preselection, Eesti Laul 2020, today we can listen their songs, here.
First Semifinal: 13-02-2020
Second Semifinal : 15-02-2020:
The order in which they will act in each semifinal will be determined by the Estonian broadcaster ERR.
Among the selected names we find Laura, representative of Estonia in 2005, being part of the "Girlband" Suntribe and in 2017, as well as Stefan, "Superfinalist" in the last two editions of Eesti Laul, and Uku Suviste in this Last edition. On the other hand, Rasmus Rändvee, Renate and Traffic, participants in previous years, will again compete for the option to represent their country in the next Eurovision Song Contest.
For the twelfth consecutive year, Estonia will use the Eesti Laul as a method of electing a representative for the Eurovision Festival. The two semifinals will be held on February 13 and 15, in the University of Tartu Sports Hall, with six participants qualified for the Grand Final, which will take place on March 29th  at Saku Suurhall, Eurovision Song Contest 2002 venue.
In the last edition of the Eurovision, Estonia was represented by Victor Crone, getting its classification for the final and a 20th place in it with "Storm".
Source: ERR