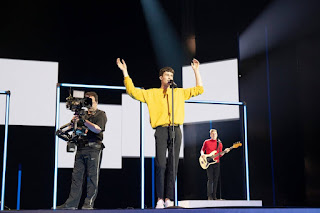 Czech Broadcaster, CT, has announced new changes in the online national final, Eurovision Song CZ 2020.
If inicially CT announced eight acts to compete in the contest, now will be seven. The reasons of act withdrawal  weren't unveiled, but there are speculations that could be due to the change from a televised to a online contest.
The acts will be announced on January 13, one week later than previously stated. The artist announcement is now expected to take place at the same time as the song reveals, with the voting period previously announced as opening on January 13 and will last until January 26.


With this online contest Czech Republic reached the best positions in a ESC final:  6th with Mikolas Josef in Lisboa with "Lie to me" o, 11th this year in Tel Aviv, with  Lake Malawi and "Friend of a friend".
Source: Ceska Televize