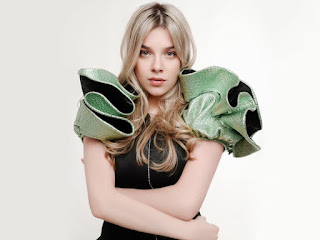 Albania has decided. Arilena Ara with the song "Shaj" ("Curse") will represent this country in the next edition of Eurovision Song Contest after winning the final of Festivali i Kënges 58, held in the Pallati I Kongreseve of the capital city, Tirana, from 20:30h CET. "Shaj" also opens the list of songs that will compete in Rotterdam.


In this way, she defeats Elvana Gjata, the favorite to victory, supported by the fact that the video of  "Me tana", her song at the Festivali i Këngës, got more than a million and a half views in short time after the publication in youtube. Elvana has been second, and Sara Bajaktari with "Ajer" has closed the podium.

A jury composed of five-member has chosen the winner. The Eurovision well-know composer, Dimitri Kontopoulos Christer Björgman, Melodifestivalen Executive Producer, Felix Bergsson, Icelandic Head of Delegation in Eurovision, were the international members, while Rita Petro and Michaela Minga from Albania, have completed the jury.

Arilena became a well-know artist when she won X Factor Albania 2012. After that, she started a  successful musical career and now is one of Albania’s leading music stars.Also was a "coach" in Third Edition of The voice kids Albania.
Source: RTSH