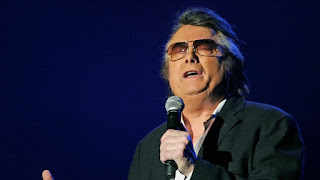 Alain Barrière, French representative in Eurovision 1963, died in Carnac (Morbihan) this Wednesday, December 18, at the age of 84, due to a cardiac arrest.

His retirement from music came in 2011 after suffering two strokes (CVA).

Born as Alain Bellec in Trinité-sur-Mer (Morbihan, Bretagne) on November 18, 1935, and graduate engineer of Arts and Crafts in 1955, he soon preferred his guitar and poetry.

In the early 1960s, Bruno Coquatrix, the head of Olympia, noticed it during a contest where he sang under his pseudonym Alain Barrière.

In 1963 he represented his country in Eurovision with "Elle était si jolie", where he got a fifth place, and achieved fame.

The great success of his career was in 1964 with "Ma vie", a tormented regret that remains his most famous title.

His success and tours continued, with songs like "La Marie-Joconde", "Nothing but a man", "Les Guinguettes".

At the beginning of the seventies his decline occurs and he retires to his residence in a Mill, near Mantes.

However, after creating his record label, he success returns with "Tu t'en vas" to duo with Noëlle Cordier selling a million copies in 1975.

For 20 years, Alain Barrière was persecuted for serious financial difficulties after having built a hotel complex in Carnac. Attacked by debts, the singer denounces what he considers a fiscal harassment and is going to settle in Los Angeles in 1977 with his family.

He returned to France four years later and recorded two new albums that did not have the same success as the previous ones and went into exile again in Quebec.

It was in 1998, in Bretagne, when he released two albums, one dedicated to his greatest hits and the other to new releases. In 2006, he published his autobiography "Ma vie" and returns to Olympia a year later.

In 2010 a compilation disc with 53 themes appears, but his return would never occur due to his health problems.

From eurovision-spot we want to send our deepest condolences to your family, friends and fans.