Finnish broadcaster confirms the selection of six candidates for UMK 2020 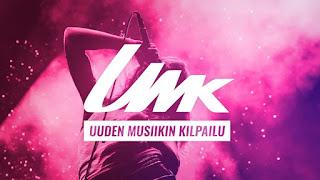 YLE, Finnish broadcaster, has confirmed already has six finalists, who will compete in UMK 2020 to be the one who defends the flag of this country in Rotterdam, in May next year.

The election of this six candidates was done with a jury of 10 people, composed  of music profesional from YLE and outside.

As explained Tapio Hakanen, YleX’s music manager and head of the UMK 2020 selection jury, there has been great interest with the return of Finnish final to an open format after two years of internal selection, with 426 entries submited, when the year past were few more than 300:

“The music industry’s response to the return to an open competition was really positive. The participating songs featured some of Finland’s best songwriters, composers and producers. The finalists were selected by a jury of ten, featuring music experts from inside and outside of YLE.”

Hakanen has also added that UMK final will have a "very high standard", with a variety of songs "in style and performers."

The names of these six finalists will be revealed in a press conference that will take place on January 21, where will be announce too the ten jury members that selected these finalist.

The UMK 2020 final will be held on March 7 at the Mediapoliksen studios in the city of Tampere.


With results that did not meet the desired expectations in the last two editions with Saara Aalto, and especially this year with Darude and Sebastina Rejman, last in their semifinal with “Look Away", YLE decided to return to an UMK with traditional format collaborating for its realization with the radio station specializing in content for young people, YleX. with this collaboration expect to attract young, new talent  and help boost the career of the competing acts, coming back to Uuden Musiikin Kilpailu (UMK) meaning, literally “New music competition".